Dragon Line has been quite well received. What started out as an off-the-cuff stretch goal on the Isles of the Sun Campaign Guide Kickstarter has turned into the most popular thing I’ve ever created. Everyone who plays it seems to fall in love with it, the unique mechanics, simple rules, and great art (which I can’t take credit for. That’s all: Curtis M. McCartney, Amanda Troutman, and Joanne Wojtysiak) create a game that people feel like they’ve never seen before, and which fills a niche (quick two-player tactics) that few games fall into.

The one comment I seem to get from all angles though is that players wish there were more fiddly-bits. Specifically: ‘Real’ activation tokens, instead of tiny card-chits, and damage counters to help track combat. These things were left out of the original game to decrease printing costs, but there have been enough requests that I decided to create a new version of the game which does include these extra more luxurious game pieces. 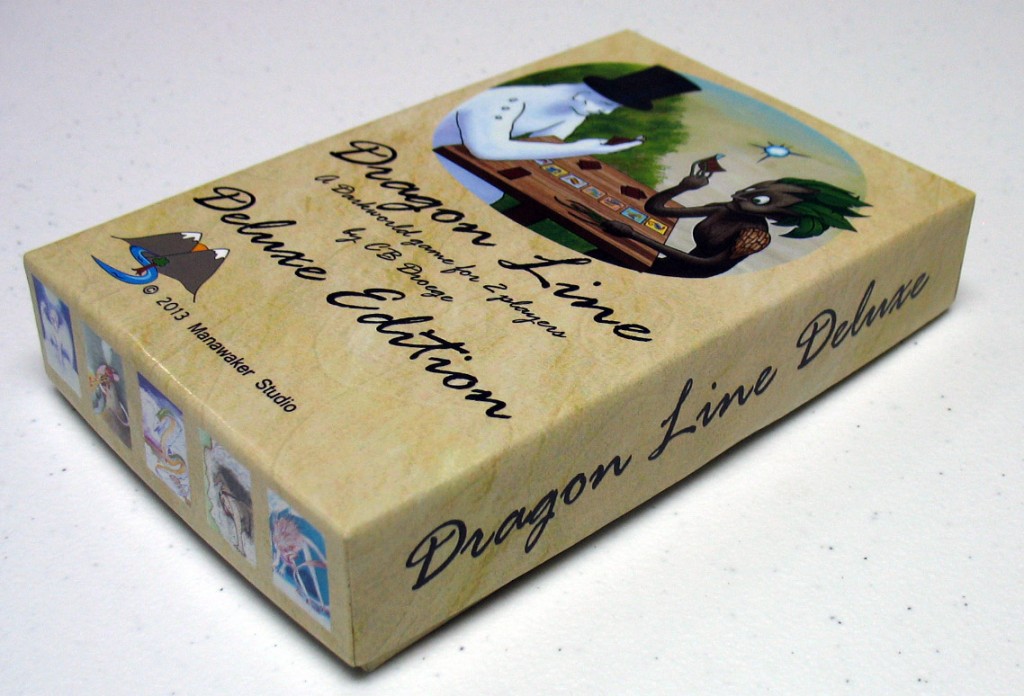 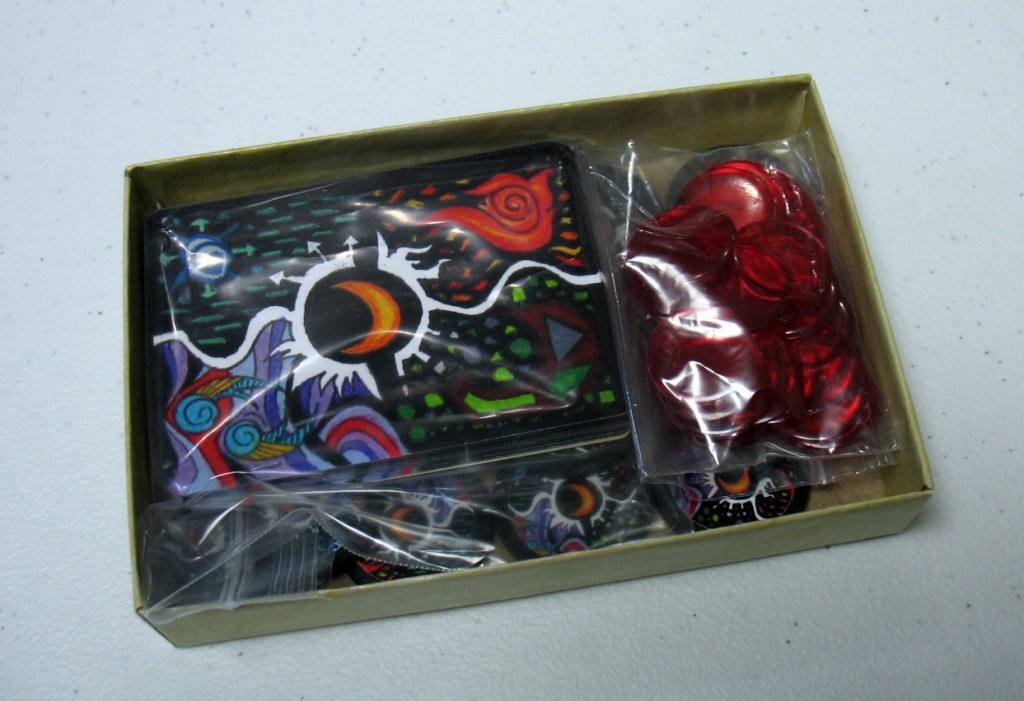 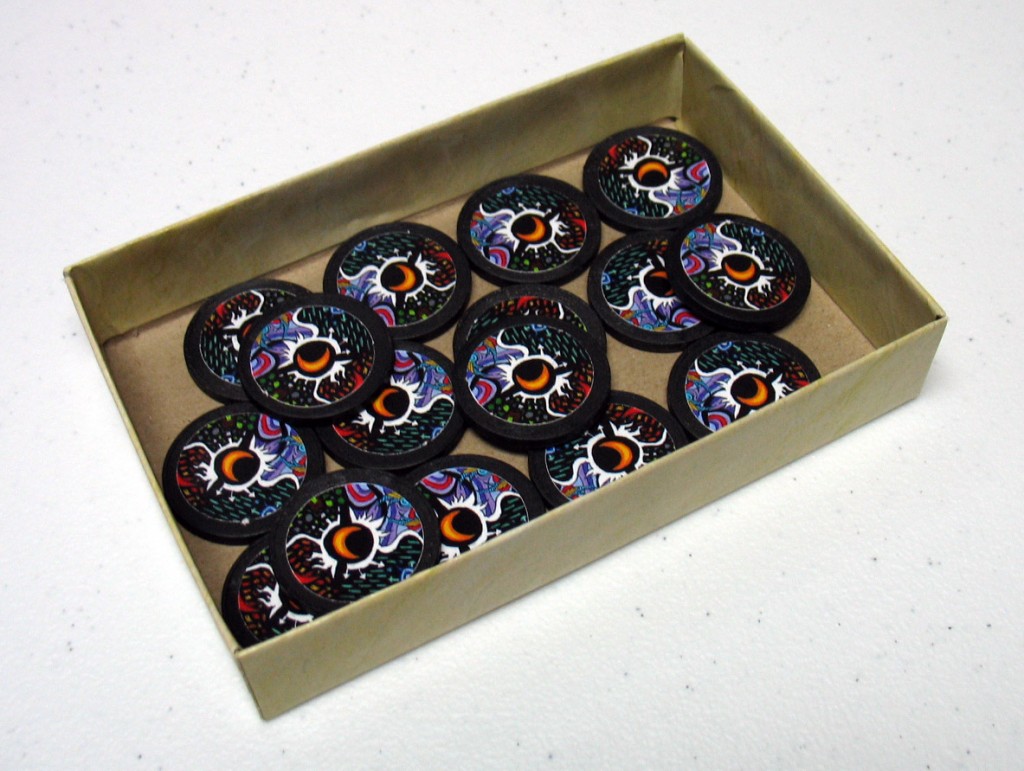 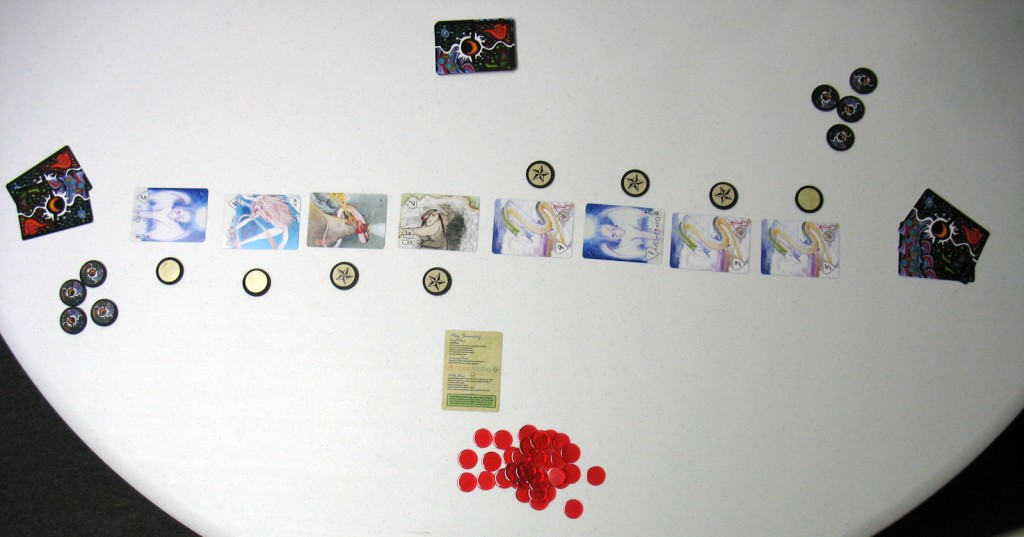 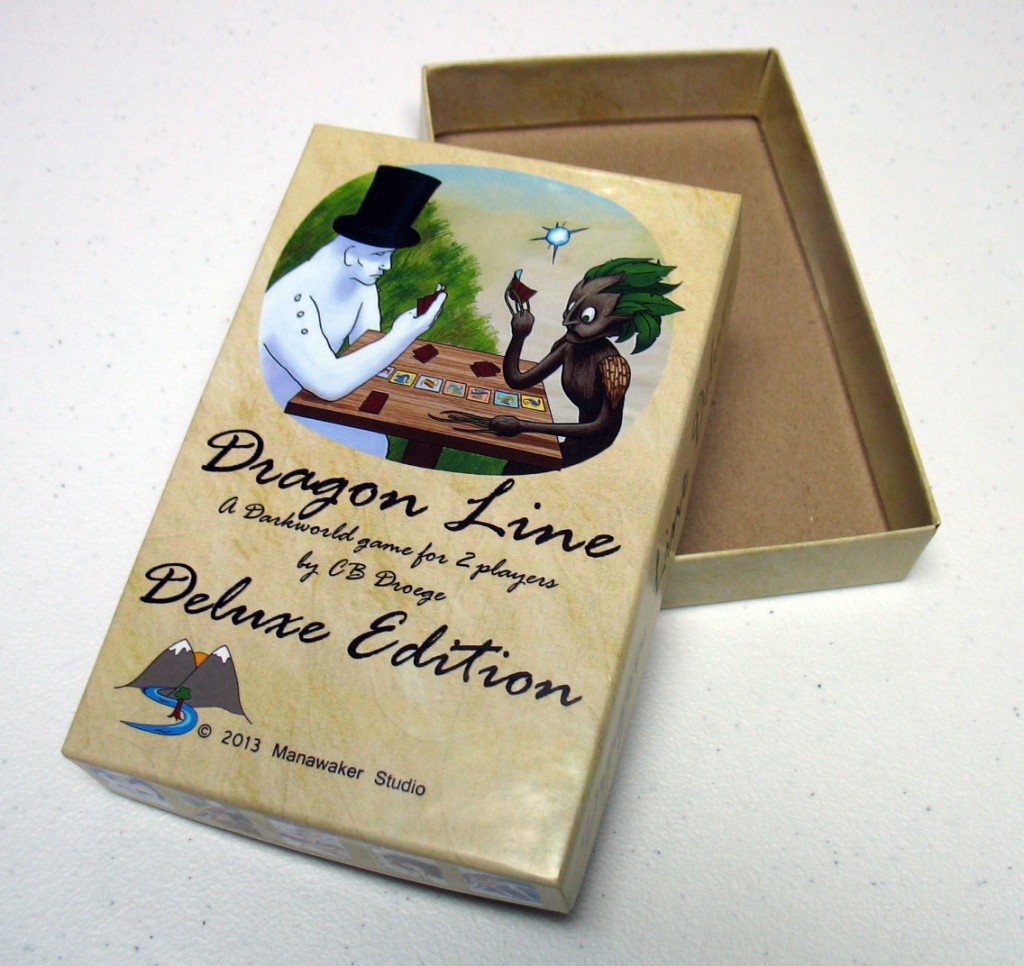 Second, such a big, little thing: a new logo.

You might have noticed on the photos above (or the new website header) that the Manawaker logo has changed from this:

The first was a thing that I had whipped up in a few seconds when I decided that Manawaker products should have some kind of visual branding, but it was never meant to be a permanent fixture, and I kept it much longer than I should have. The new logo was designed by Joe Lloyd, and much better reflects the personality of Manawaker. I’m very happy with it, and plan for it to stick around. All Manawaker products have had their covers/packages redesigned to display the new logo (I still have some stock left with the old logo on it. Check out the ‘Old Logo Sale‘, in which I will be offloading these items at a steep discount!)

Third and finally, I want to mention Cincy ComicCon.

Manawaker Studio will be at Cincinnati ComicCon 2014 on September 5-7. I don’t have an exact map of where I’ll be in the layout of the floor quite yet, but I know that I’ll be in Artists Alley, on the end closer to the vendor stalls.

I’ll have all of the Manawaker books with me as well as both editions of Dragon Line, including a spot to take a seat and try the game out for yourself. If you’re going to be at the event, I would love it if you would stop by to chat or play a round.

I’ll also be signing things. Whether you pick something up at the show or bring it in with you, I’d be happy to put some ink on it.