It is time for an update on Manawaker’s doings. A few things:

First: If you haven’t noted yet, I have begun a project I’m calling Flash Fiction Friday. I started at the beginning of the year, posting a new free piece of short-short fiction each week on Friday. If you haven’t read them yet, you’ve got some catching up to do. They can all be found on the Manawaker blog. If you would prefer to read with your earballs, there is also a podcast version. It’s a couple months behind the blog in content, but all of the stories will eventually be there. You can check it out (and subscribe to it) on iTunes, or just listen right in the Manawaker blog. 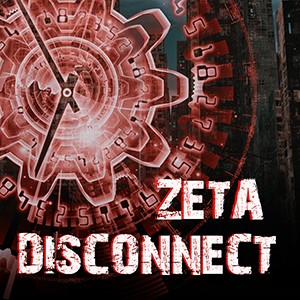 Second: The original print run of my novel Zeta Disconnect has come to an end, and I have decided to republish the novel through Manawaker Studio. It doesn’t change much other than a slight alteration to the cover design, and that it is now available in the Manawaker store in addition to being on Amazon. It also means that I now have the rights to produce an audiobook, which will be out, hopefully, before the end of this year.

Third: Manawaker has two books which will be coming out later this year: 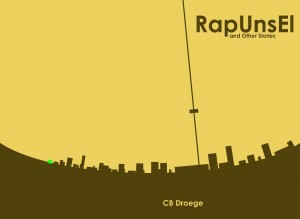 “RapUnsEl and Other Stories” will be a collection of short stories and flash fiction (some of which you’ve likely seen before), anchored by my new as yet unpublished novella “RapUnsEl”. The book will likely be out by the end of the Summer.

“Dangerous to Go Alone” is a collection of poems, from a number of great poets, which explore games and gaming culture. The book is planned for a late 2015 release, and I’m still taking submissions for inclusion. If you or anyone you know might be interested in contributing to this project, the guidelines are here.

Fourth: To help support these and other projects, I’ve opened up a Patreon page. If you’re not familiar, Patreon is a way for fans to support artists directly on a monthly basis, and for artists to reward those fans for that support, it’s like a Kickstarter that keeps going forever, and helps with every project I do. If you’re interested, check it out over on patreon.com.