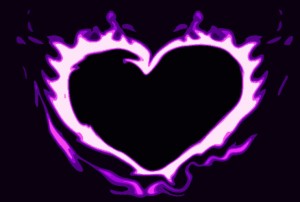 The island was finally in view. After many days at sea, their small boat was nearly at its destination.

“I told you,” Shellin began excitedly, clapping her hands, “we were going in the right direction all along.”

“Something doesn’t feel right,” came Hra’Baal’s voice from the rear of the craft. Her sharp, feathered features looking more creased than normal, “I’ve been following The Lady’s calling all the way from Flai, and I don’t feel it now. The pull has disappeared from my heart.”

“I have lost the calling also,” said HotSand from his place at Shellin’s side, where he held the small boat’s sail in place. Shellin turned to look at him, and his large usually-jolly face was as serious as Hra’Baal’s, his silver hair framing a dark mask of concern as he looked out upon the great mountain over the horizon.

It was the largest, tallest thing Shellin had ever seen. Even at this distance it was impressive. The great mountain which was the home to The Lover of Life, and the place from which all her power was let into the world. The power of love and kinship, the power to heal and grow. Shellin had to admit to herself, as she looked upon it, that she also was underwhelmed. Like her companions, she had felt the calling of The Lady, and departed to find this place. She had met up with some of these in Lioport. Others they had picked up on the road, or from other ships. In all, there were fifteen of them on this small boat, all who had heard the calling, and come seeking, always knowing the way. Now there was nothing. For any of them, it seemed. No pull, no great desire, no sense of direction nor of the greatness of The Lady’s power.

“Maybe It’s supposed to be like this,” she suggested. “Perhaps the pull always fades once those called reach this point.” But, she could hear her own voice shaking. She knew it was wrong. HotSand didn’t even acknowledge her. She turned to look back at Hra’Baal who raised her elbows in an approximation of a Human shrug.

“It feels so lonely,” said LostTower as she pulled herself close in next to Hra’Baal, who looked surprised, but, perhaps reflexively, placed one clawed hand softly upon LostTower’s shoulders. LostTower was the youngest of all those on the boat, only 11 years old. To hear her tell It, she had felt the calling for her entire young life without really understanding it. She closed her eyes and rested her head on Hra’Baal’s waist.

“It will be well, child,” Hra’Baal said with a soft clarity that Shellin had not heard from her before, “The Lady would not leave us without her voice unless there was a purpose.”

“All of you are worried over nothing, and thinking too much of yourselves,” said Magery, an ancient woman who had been with them since Jacobston. She was a colonial, like Shellin. Her jet black hair incongruous with her dry, gray skin “It’s Mother’s Day.” She finished simply.

“Of course!” HotSand exclaimed, his face suddenly beaming again. “About once per century, The Lady’s power disappears from the world for a day.”

“They say it is a day when Our Mother honors her own family,” Magery continued, “and leaves us for a short time to attend to them. There may be no weddings on these days, and any powered healing must be left to The Walkers. The last Mother’s Day was just a few years before I was born. My uncle was an Attendant on a navy tower ship at the time. He described it to me when I was a child, and it seems that it was very much like what we’re all feeling now.”

“Yes,” Hra’Baal said, though she did not seem to brighten at the revelation. “That does make sense.” She turned to look down at LostTower, “You will not be long without her presence, little one.”

LostTower smiled and closed her eyes again.  Shellin found herself comforted as well. She turned toward the mountain in the distance. It would only be a few short hours now before they would arrive on The Isle of The Lover, where their new lives would begin.