Note: The Quantum Beam Transmitter is a communications technology first theorised by Doctor Cosmo Firenczi in 2098. The Lunar research labs were experiencing significant inconveniences due to a communications lag with researchers Earthside. The QBT, if it worked, would allow faster-than-light data transmission, but it had significant drawbacks. The technology was far too expensive, the beam was far too difficult to keep properly aimed (as it required constant line-of-sight and literal pin-point accuracy) and there was a small chance that – under the right conditions – the beam could be dangerous. The technology was shelved, and “Quantum Beam” became a pejorative for ideas which seemed miraculous, but which had significant drawbacks. It was nearly a century and a half before anyone thought about trying to make it work again. 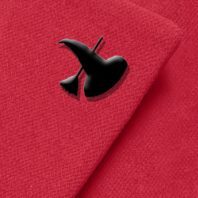