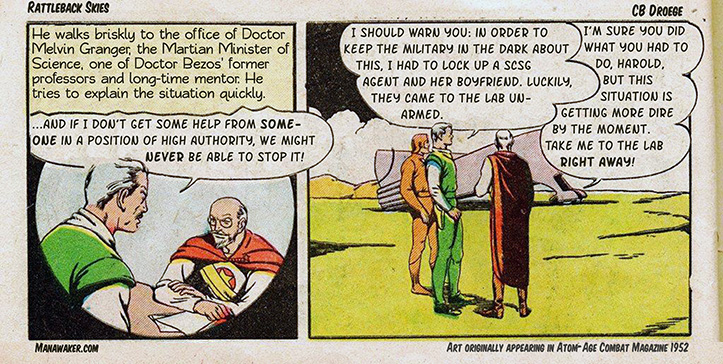 Note: The Martian Minister of Science was the highest scientific authority on Mars. Despite the sound of the name however, the position was not part of the government. The title was given to the head of the College of Sciences at the Martian Collegium. For a long time, before the foundation of the Sol Council, the Martian Collegium had been the highest authority on Mars, as it had built up around the original research stations that were the first settlements on the planet, and most residents had been in the Collegium’s employ at the time. Even after the Sol Council was in place, many residents still defered to the Collegium authority rather than their distant elected officials in the Sol capitol of Luna Prime.