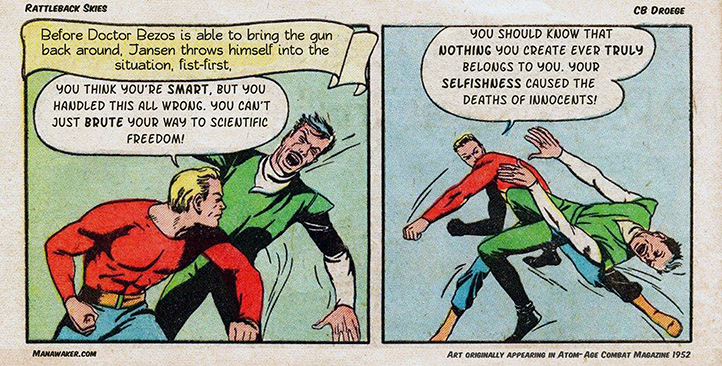 Note: While it seems Jansen was waxing philosophical here, he was really just reiterating lessons he learned as a child. Solar Society at this time was dominated by the philosophy of The Universal Commons, basically an upholding of the ideals of Accountable Socialism in nearly all aspects of life. Children were taught early that no one owned any idea privately. Scientist and artists were supported by The Commons, and once an idea was made manifest, it always belonged to The Commons.

Recycled Comics is supported by Patrons on Patreon. Want to help me make even more nifty things? Become a patron, today!